Youth suicide and self-harm is one of the top three priorities for injury prevention in BC. 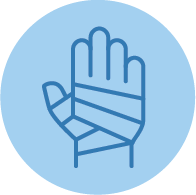 Tragically, in 2019, suicide was the second leading cause of injury death for British Columbians aged 15-24 years and older, followed by other injuries such as motor vehicle collisions.1

In 2019, death rates for youth suicide in British Columbia were double in males in comparison with females.1

Self-harm includes deliberate self-injury, with or without suicidal intent. Female youth in BC accounted for 2.9 times as many hospitalizations for self-harm than male from 2015 to 2019.2

For every child and youth who dies of suicide in BC, there are more than 3,000 who identify having suicide ideation.3 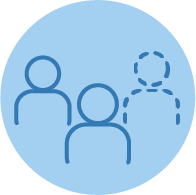 More males die by suicide than females, but more females are hospitalized due to attempted suicide than males.

If you or someone you know is struggling with mental health challenges, or is thinking about suicide or has attempted suicide or self-harm in the past:

In 2019, the BC Coroners Service Death Review Panel examined deaths among children and youth. The resulting report had the following recommendations for prevention:3

Girls age 10 to 19 living in rural B.C. communities with poor access to local mental health services are at highest risk of intentionally poisoning themselves.

1. BC Vital Statistics, Ministry of Health. Retrieved from BCIRPU Injury Data Online Tool (2021). Available from: https://data.injuryresearch.bc.ca/DataTools/Mortality.aspx [Based on 2019 statistics]